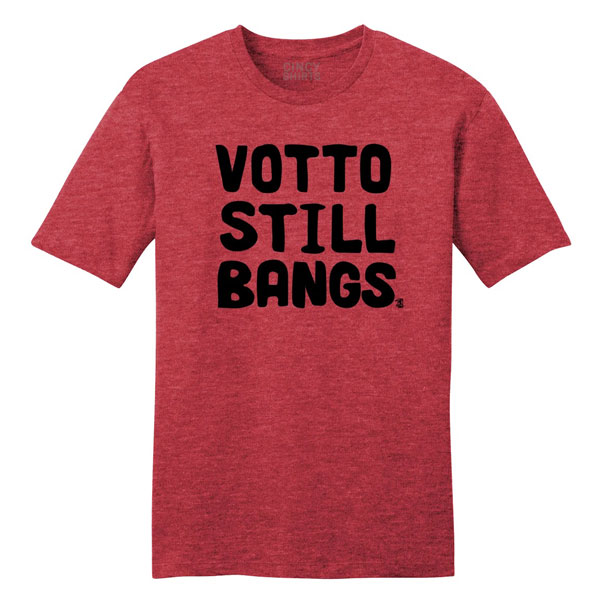 Votto is arguably one the most popular Reds players of all time and to this day, he still bangs!

Joey Votto was drafted by the Reds in 2002 and after spending time in the team’s farm system, he was promoted to the bigs in fall 2007. He has been named an All-Star multiple times, as well as capturing the Tip O’Neill Award twice, and the Lou Marsh Trophy, awarded to Canada’s best athlete. Votto was also named to ESPN’s All-Decade team for the 2010s and is arguably one the most popular Reds of all time and to this day, he still bangs!